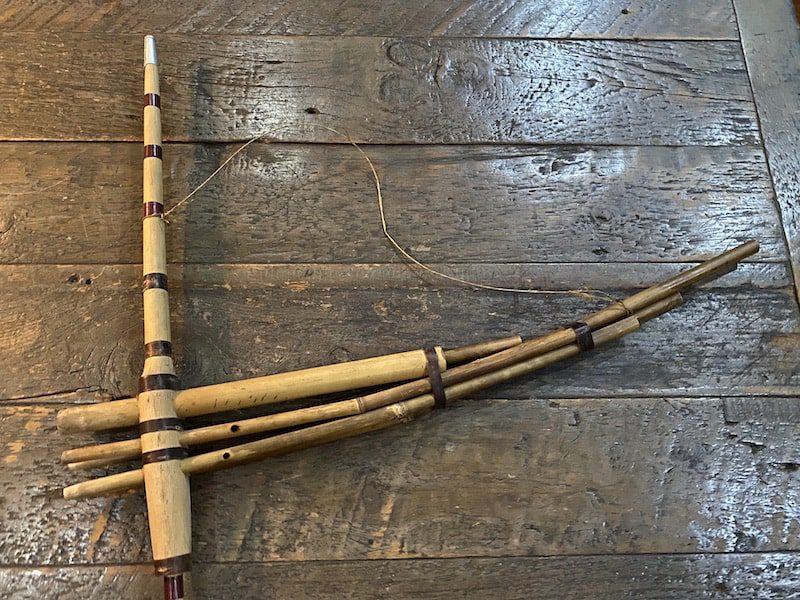 Bamboo Is A Familiar Asian Symbol

If you want to learn more about the bamboo plant you can read the blog Bamboo – An Auspicious Plant For Your Home by clicking here. In this blog, you can learn all about bamboo and why bamboo is so important in Asia.

Bamboo many uses in Asia from food, to scaffolding for building construction to even traditional musical instruments. In almost all countries around Asia, you can find some kind of musical instrument that is made out of bamboo.

This is because Vietnam’s climate is conducive to making musical instruments out of bamboo. The Chinese and Philippine bamboo is generally thicker and has more closely spaced knots. Their kind of bamboo will give off a lower and also more opaque sound.

The Vietnamese have long used bamboo to create musical instruments as the instruments give out a distinctive musical sound and voice. These simple bamboo instruments are played at family and other communal events and festivals. In recent years the bamboo musical instruments have also performed in venues as the Hanoi Opera house with the National Orchestras and choirs.

Generally speaking, the Vietnamese flute and panpipes are made of bamboo trunks. A panpipe is also called a syrinx. It is a wind instrument that is made of bamboo of various lengths tied together in a row and then blown across at the top. Each length will produce a different note and sound.

The Hmong in Vietnam uses a panpipe for their music which is made out of bamboo. The panpipe has holes in it in certain parts of the bamboo to give off different sounds. You would play the panpipe similar to how you may play a playing a flute or clarinet.

But not just bamboo is used for the bamboo musical instruments, but also bamboo leaves are used to create a sound. And bamboo is used too make bells, drum sticks, and also castanets, which are also known as clackers.

One reason why bamboo instruments are used so much is that they are simple yet at the same time can give off some distinctive sounds and music. Dr. Nguyen Thi Hoa Dang, a Vietnamese musical and bamboo musical expert in speaking of the bamboo musical instrument and Vietnam’s 54 ethnic minority groups has said:

Where to Hear the Bamboo Instruments Performance?

One of the best places to hear the bamboo musical instruments performance is at the Hanoi Opera House. There have quite a few of the performances there with some bamboo instruments.

What is the Hanoi Old Quarters?

Hanoi’s Old Quarters has a very rich and varied history as it has long been the center of commerce in Hanoi and Vietnam. The Old Quarters uses the name of 36 Streets. Even though there are more than 36 streets in the Old Quarters area they call it 36 Streets due to the 36 guilds or crafts that were once sold there. Streets are named for the different products they once sold. One of the best ways to see the Old Quarters is by the Electric Bus or Golf Cart.

What Are Some Things to Do in Vietnam?

Vietnam is also a wonderful and exciting country to visit and is an amazing place to travel. For a first time visitor to Vietnam, we have compiled 32 Vietnam travel tips for the first time traveler to Vietnam. These 32 travel tips will help ensure you have the best trip possible in Vietnam.

You can read the blog on 32 Tips for First Time Travelers to Vietnam by clicking here.